Get the Story Straight

“The LORD detests lying lips, but He delights in men who are truthful.” Proverbs 12:22 NIV 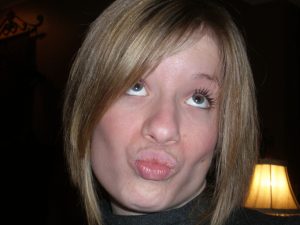 Two weeks before our third baby was due, Grant and I splurged and bought a new point and shoot 35mm camera. For those of you born after the 1980s, we used to have to buy film, take pictures and pay to have the film developed. We loaded our new camera with film but didn’t have time to break it in or learn how to use it because Becky surprised us by arriving two weeks early. Grant managed to shoot the entire 36-count roll in the delivery room and was anxious to get it developed. But there was a problem. He couldn’t get it to rewind, and instead of taking the camera home and reading the instructions, he opened the back of the camera and exposed the film. All of our first pictures of Becky were completely destroyed. I was beside myself with disappointment. We took more pictures the next day but it wasn’t the same.

As the years progressed, we accumulated hundreds of family photos but there was always a noticeable absence of Becky’s delivery room pictures. Grant and I knew why, but in Becky’s mind (thanks to her sisters), she had her own reason. Gwen and Shannon told Becky she was adopted and Becky believed them. She went through a plethora of serious emotions – all because they were “just kidding”. It was two or three years later before she had the courage to ask us and we set the story straight.

I see children exaggerate, lie and tease all the time, and then follow their comments with the retraction “just kidding” if confronted with the truth. Those two words have become an excuse for being mean. But “just kidding” can’t erase hurt feelings. Joking around with someone is more often than not one-sided, and for the person being picked on or ridiculed, it’s not funny at all.

A good rule to teach your children is to always tell the truth, the whole truth and nothing but the truth. Anything else – even the absence of truth…or “just kidding”…is a lie. Oh, and one more thing…practice what you preach. Your children are watching and listening!

God, I don’t ever want to have fun at the expense of someone else’s feelings. Give me sensitivity and self-control to guard the words I speak so they are uplifting and never hurtful. Help me remember my children learn from the way I talk to others, and the way I talk to them. In Jesus’ Name, Amen.