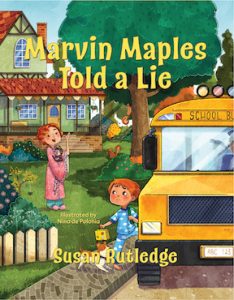 Marvin Maples thinks he can get by with closing his bedroom door and lying to his mother that he made his bed and cleaned his room. But just when it seems he got away with it, Marvin discovers his lie has created a terrible situation much worse than just telling the truth would have been. Will he get a chance to make things right? Find out as you read Marvin Maples Told a Lie.

Honesty is the foundation upon which trust is built. It’s one of the most significant character traits a child can develop and will greatly impact your child’s future in school, work and relationships.

Sometimes children lie to avoid punishment if they’ve done something wrong. In the beginning, their lies may seem insignificant and hardly worth dealing with. My advice? Don’t wait! One lie turns into two, then three, and before you know it, lying has become a habit and the “norm”.

Mrs. Maples told Marvin, “No lie is ever better than the truth, no matter WHAT you’ve done”. Honesty is a matter of choice. Begin by teaching your child the difference between the truth and a lie, and explain the importance of always choosing to tell the truth, even if it means they will get in trouble. My oldest daughter Gwen is the mother of five. She tells her children, “We can deal with the truth, no matter how bad it is. But we can not deal with a lie.”

As parents, our children learn more by watching what we do than by listening to what we say they should do. The best way to teach your child to be honest is to model truthfulness and honesty yourself – no matter what! 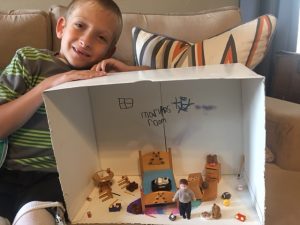 It is heartwarming to receive messages from parents and grandparents about their young readers enjoying my children’s books. I was blown away when I read a Facebook post about my 7-year-old great-nephew who chose Marvin Maples Told a Lie as the topic of his first school book report. I love the diorama Ryder made of Marvin’s room, and I’m honored he chose my book to share with his classmates and teacher! Great job Ryder!