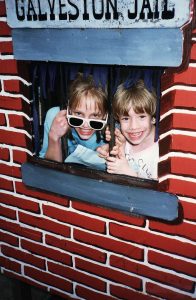 As a young mother, my days were spent teaching our four children the importance of choosing right instead of wrong – and how to know the difference between the two. At times it seemed I was fighting an uphill battle because even when they clearly knew better, the kids were deliberately disobedient. To make matters worse, when I confronted them, they lied. And if there’s one thing this mamma doesn’t tolerate, it’s a lie. I can’t tell you the number of times I doubled a punishment because dishonesty was added to the “crime”.

Despite their sneakiest efforts, I always managed to find out when my children did something wrong. I didn’t have eyes in the back of my head. I just had a secret weapon – prayer. I knew if they didn’t get caught, they’d grow comfortable making wrong choices and continue to walk down a path that would eventually lead to bigger risks and more serious consequences. So I prayed – regularly –  a simple prayer in line with the truth of God’s Word in Luke 8:17. I asked Him to expose all things where my children were concerned, and to cause all things hidden to come into the light. The result? Time and time again, when they least expected it, they found themselves BUSTED!

Because it was God and not ME who found them out, the kids learned even if nobody else saw what they did. . .God saw. And no matter how carefully they spun a lie. . .God knew. Eventually, each one of them decided right is better than wrong. Always. No matter who sees or doesn’t see.

Prayer: God, thank you for being faithful to your Word and for helping me teach my children they couldn’t get away with making bad choices. Continue to work in their lives so they will walk in integrity in every circumstance. In Jesus’ Name, Amen.